It's not common for me to write reviews, good or bad, but felt compelled to do so for Lauren Dantuono with Crummack Huseby. From my first email and phone call to Lauren she was helpful, understanding to my urgent needs, friendly and knowledgeable. She came into am issue that started before her and quickly got her arms around it, gave me the details/direction/forms needed and was more than prompt in helping come to a resolution.

What could've been a very big issue for my wife and I, ended up getting resolved swiftly and with minimal follow up. Lauren was a pleasure to speak and to correspond with. She is an asset for Crummack and her peers!

Leaders who have paved the way

Crummack Huseby’s management team was chosen to lead and mentor a new era of community managers who use their passion to connect with people at every level of the process.  Get to know them here, or in person. 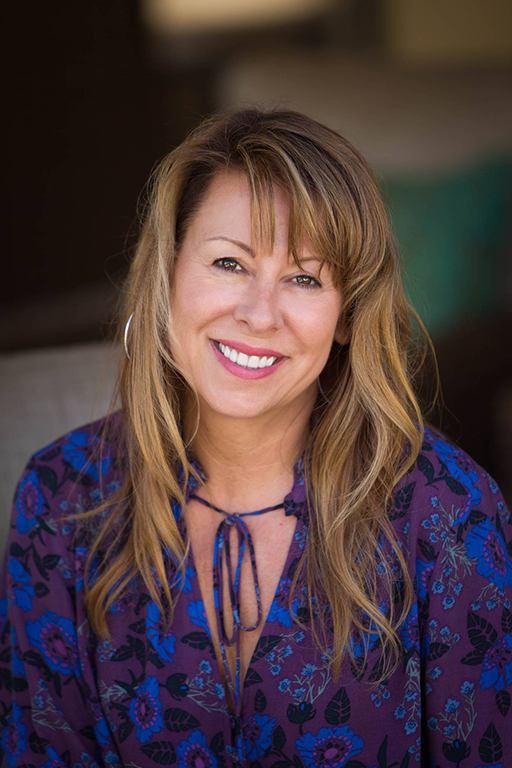 Upon founding Crummack Huseby in 1999, Margo saw a need for a more customized and personalized approach to community management and formed Crummack Huseby with Sandra Woods Huseby. Their mission is to create an open dialogue with communities, to focus on the core of a community, and to customize management styles to suit what’s best for each community.

Margo has over 34 years of experience and is an expert in New Project Development. Margo is also a well-respected speaker and educator within the industry, serving on the Education Committee for CAI-OC and CACM’s Education Review Committee, and Faculty.

A Southern Californian her whole life, Sandy has deep roots and strong working relationships in Orange County.  Even after earning her college degree in Communications and Business at Gonzaga University, she returned immediately to start her career in community management at a prestigious firm in Newport Beach and worked her way up to Vice President in a short time.

With over 30 years in the community management industry, Sandy has made an impact at Crummack Huseby Property Management, Inc., but has also set a high standard among leaders in the industry.  Her company’s legacy has advanced through her development and implementation of streamlined systems while still maintaining the highest level of long-term client satisfaction.

Traveling as a way to unwind and explore is Sandy’s passion.  Exploring Europe, Italy, and much of South America, her best moments around the world have been seeing the world untouched, and the risk she took bungie jumping in Ecuador.

Taking strategic risks is what makes Sandy so invaluable to the industry.  As a leader and mentor at Crummack Huseby Property Management, Inc., Sandy continues to embrace her own career by becoming a member of the world’s leading peer advisory membership organization—Vistage Group.  Sandy joins this distinguished group to share expertise with other business leaders in their communities, “I encounter new lessons and solutions by helping people at Crummack Huseby Property Management, Inc., and in our community, every day.”  Sandy also holds the industry designation of PCAM and CCAM. 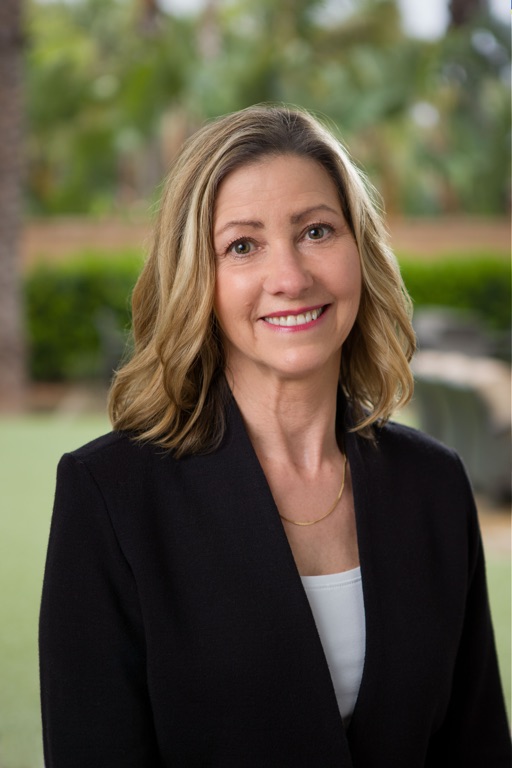 When you’ve worked in the association management business for over 30 years, you know how things work from all levels. Cynthia Manfre Valdes has managed large scale communities, acquired extensive experience in management operations, and she’s also worked closely with general contracting firms and landscape contractors, including a large-scale master-planned community of 15,000 homes.

Cynthia has been a guiding force in advancing technologies for homeowners. Her previous knowledge and implementation of accounting operations for a national management firm created a seamless integration and transition to a new software platform for 200 associations in Southern California.

Her strength is in her hands-on approach. She previously operated on-site management of an association with 1700 homes, a beach & tennis club, Lakeview Learning Center (accredited preschool), two lakes, a swim lagoon, and forests. That community’s amenities needed renovations, both visually and legally, and Cynthia’s involvement ensured the swim lagoon’s upgrades would pass government regulations and current standards of safety. She also established a management plan and a Mussel control plan for the lakes by working closely with the environmental scientists at the Department of Fish & Wildlife to alleviate future liability due to the spread of an invasive species. Add to that list the overhaul of the learning center and the fitness center and you’d think it would be too much of a task for anybody. But not for Cynthia. Her knowledge, plus strategic approach to these large projects, added new life to the community.

When Cynthia is not busy elevating the community experiences of Crummack Huseby’s clients, she continues to develop her passion for nutrition and wellness. She enjoys the outdoors and has been a long-distance runner for many years. 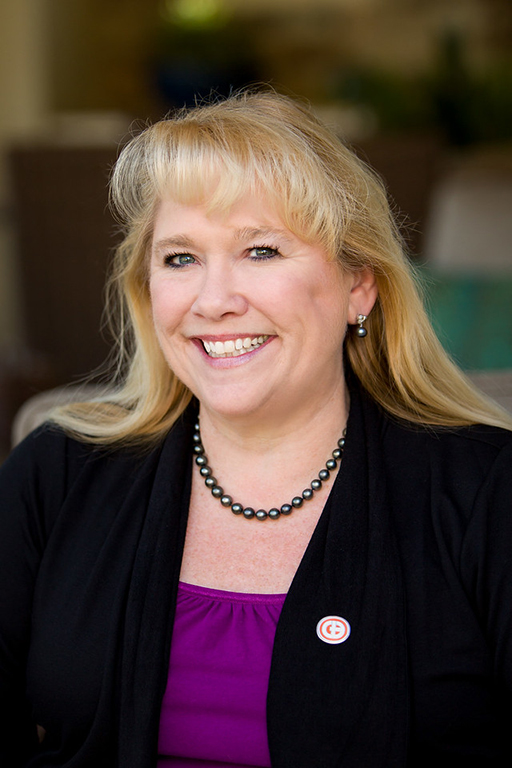 A native Southern Californian, Erin Rice received her degree in Business Economics with an Emphasis in Accounting from the University of California at Santa Barbara.  She began her property management career in the accounting department of Fashion Island Management 25 years ago.  For the last 17 years, Erin has managed accounting teams and implemented new processes. She instituted a policy for her division of 24-hour, customer response time, creating a new company policy for a previous employer. Erin has extensive experience in HOA accounting working primarily with large onsite and newly developing communities. Having worked with many of Southern California’s top builders, Erin understands the necessity of incorporating the California Bureau of Real Estate (BRE) documents into the set-up of a phasing community.

At Crummack Huseby, Erin manages and mentors a team of 7 in the daily maintenance of Homeowner Association finances. She and her team are responsible for funds, vendor payments, and to ensure individual homeowner accounts are properly maintained with the end result of providing a comprehensive statement of the financial health of the community.  As a Controller, Erin finds it important to help all HOA boards with a financial and emotional understanding that an individual’s home may be the largest, single investment in their lifetime. “These things require a greater level of care, understanding, and responsiveness on our part when dealing with our customers and their concerns.”

As an experienced Controller, she believes customer service is key and Erin will be the first to say there is always a creative solution that will both satisfy the client and maintain the financial integrity of the community. “Attitude is everything, and one of the most important qualities in a good leader is the ability to listen.” 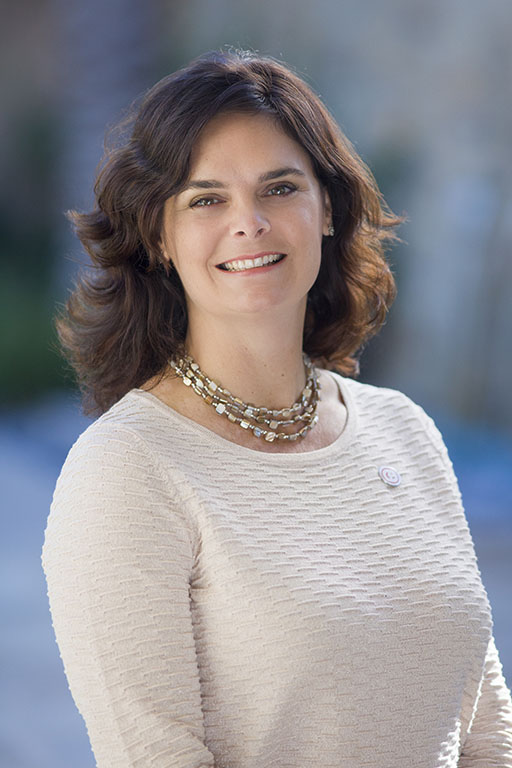 Born in San Diego and raised in Mission Viejo, Jamie is a Southern California native.

She began her career in 2005 as a Recreation Coordinator at the Rancho Santa Margarita Landscape and Recreation Corporation. She later accepted an on-site position as Activities Director for Crystal Cove Community Association, where she oversaw daily operations of their state-of-the-art luxury recreation facility.

Jamie was quickly promoted to Portfolio Manager and actively oversaw nine developing communities. As the Great Recession began, her management focus shifted from frequent area turnovers to homeowner education, disclosures and annexation schedule, as the construction of many “promised” amenities were placed on hold indefinitely.

In 2012, Jamie became District Manager for New Project Development where she supervised a team of five managers and a portfolio of developing accounts, including a flagship property in Irvine consisting of more than 1,300 units, three pool/park facilities and an annual budget of $2 million.

She began with Crummack Huseby in 2015 as Senior Community Association Manager, and we are proud to announce her position as our Director of New Project Development. In January 2016, Jamie will receive her Certified Manager of Community Associations (CMCA) designation.

Jamie has sung and played guitar in rock bands for 20 years while performing at the Orange County Fair, House of Blues, Coach House and The Grove of Anaheim. She enjoys volunteering and spending time with her 5-year-old son.