Had I left this review a year ago, it would probably only have been for a couple stars.  It always took a very long time to get simple responses, and the turn around made it hard to experience any continuity.  Furthermore, when our community was scheduled for a painting project, it was an utter nightmare.  We were all sent the wrong schematics for our color schemes, and many folks painted their homes in colors that did not at all match their overall style before management finally recognized its error.

The positive review today is based on my experience with the new team working with our community and specifically with Melissa Luther and Rachel Flores.  It is the first time I have ever worked with them, and I was impressed with the speed, professionalism, and efficiency with which they acknowledged and rectified an error regarding a letter we had received stating that we were out of compliance with the painting project.  Melissa quickly researched and confirmed that we were indeed in compliance, and Rachel sent official confirmation that we were in compliance by the end of the day.  Mistakes happen.  We all understand that.  Being able to handle them well, respectfully, and without wasting the customer's time is what separates the quality management I experienced today from what our past experience has been.  I am pleased and hopeful for good things for our community moving forward.  Thanks so much to this new team.

As you may know, it has been a common suggestion for many years that associations may want to consider 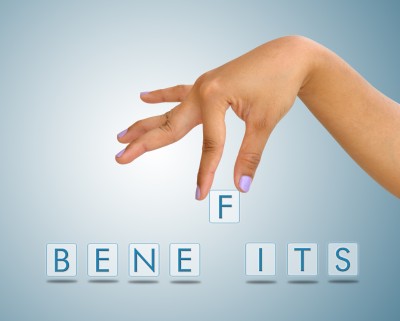 Just recently a case involving one of our associations has come to mind and it has caused us to shift our attitude from simply recommending that associations consider carrying worker’s compensation to strongly suggesting that no association should be without it. The gist of the lawsuit is that a licensed and insured landscape contractor was asked to go up into a tree to remove a tree house that had been placed there.  In taking down the tree house, one of the employees on the ground was injured and rendered a partial quadriplegic. The worker’s compensation carrier for the licensed and insured landscape gardener began to make payments; however, they have subsequently filed a lawsuit against the association and the management company for subrogation of their worker’s compensation expense.

The Insurance Company is claiming that the act of removing the tree house was an act of demolition for which this landscape contractor was not licensed, and therefore, the association and/or the management company may be responsible for the injuries to this employee.   Most legal scholars, and ourselves, believe this a “stretch” of the Labor provision, as the landscape gardener was a licensed and insured contractor.  Secondly, there will be a debate; I am sure, as to whether or not the removal of some plywood from a tree constitutes demolition rather than a landscape function.  I am sure that the removal of a dead tree branch from the top of a tree would have been considered landscaping instead of demolition.

The problem with this recent lawsuit isn’t that it is a real stretch of the Labor Code, but rather that an association and management company have now been sued.  In this case, the general liability carrier denied liability coverage arising out of worker’s compensation related injuries or occupational injuries; accordingly, there was no liability defense coverage for the association.  That being be the case, the association’s basic protection would have been provided by a minimum premium worker’s compensation policy.   In this particular instance, the association mentioned in this situation will now be fully responsible without the aid of insurance for all defense costs for this lawsuit and if found responsible, will be required to put forward the workers compensation benefits for this severely injured “employee.”

Accordingly, without a workers compensation policy, the association could conceivably incur hundreds of thousands of dollars in defense costs, let alone, the possibility of having to actually pay compensation benefits if found responsible under this Labor Code provision.